Injury is never easy for a footballer, particularly for a youngster who, on the cusp of a first-team breakthrough, suffers as serious an injury as Stewart.

It was during a campaign in which he scored 17 goals and laid on three more in just 18 appearances at academy level that the striker ruptured his ACL, ending his season in March 2021 and ultimately keeping him out for over a year.

Thirteen months later, having spent his time on the treatment table alongside Tom Hill, Stewart made tentative steps back in an under-19s clash with Sporting CP, before his domestic return in April.

Less than a fortnight after his comeback against West Ham, he netted his first goal back in a 4-0 thrashing of Leicester.

Stewart has picked up where he left off this time around, with three goals in six games, and speaking to LiverpoolFC.com, he outlined the improvements he made during his lengthy layoff.

Before my injury I wasnt that mentally strong, being totally honest, he explained.

When I had a bad game I was always hard on myself but since my injury, I know Im mentally stronger.

That mental strength helped him push on and score to give the Liverpool under-21s hope in their 2-1 defeat to League Two side Salford City in the opening game of the EFL Trophy, finding the net in the 88th minute.

Tuesday night brings the second game of Group D as the young Reds visit Rochdale, with Stewart describing clashes with senior opposition as a tough challenge.

While he had been touted with a loan move in the summer, there is a chance the 20-year-old instead heads out in January, with the EFL Trophy a different insight into what we need to do if we go out on loan and further our careers.

Stewarts ultimate goal, though, is a step up to the first team, having already trained under Jurgen Klopp quite a few times this season, with that mental strength helping him in his pursuit.

I just have to keep working hard and scoring goals for the U21s and keep impressing, he said.

The likes of the manager, Pep Lijnders and Vitor Matos are great with the young players.

They are always helping us, talking to us around the building and giving us advice.

We have a manager who gives young lads a first-team opportunity if you deserve to, so thats my aim to do as well as I can and get in and around the first-team setup in the future.

Stewart signed a new long-term contract with Liverpool shortly after his injury, tying him to the club until 2025. 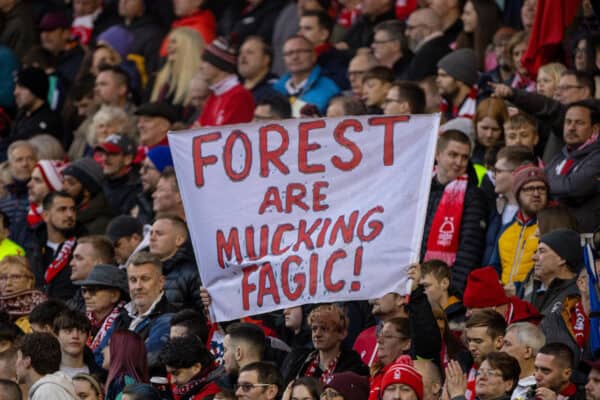