This will be the first FIFA title since FIFA 10 where neither Ronaldo nor Messi are the sole highest-rated player in the game. Along with Ronaldo, United 's summer signing Casemiro makes the top 23 player list, with the Brazilian playing a pivotal role in Real Madrid winning the La Liga and Champions League last season.

In FIFA 23, Ronaldo has seen his rating drop by one overall, decreasing from 91 out of 99 to 90 out of 99. FIFA 23 is the fourth consecutive FIFA game where the Portugal international's rating has dropped, with Ronaldo rated 94 overall in FIFA 19.

When comparing his stats from FIFA 22 to FIFA 23, the biggest drop has been in his pace. Ronaldo has seen his pace rating drop from 87 to 81, a -6 decrease.

Ronaldo also saw his shooting rating decrease from 93 to 92, his dribbling from 88 to 85, and a -4 to his passing stat, dropping from 82 to 78. Ronaldo's defending and physical remained the same.

Casemiro has kept his overall rating of 89 out of 99 in FIFA 23, his third consecutive year with the same rating. When compared to his FIFA 22 card, his stats have been slightly altered.

Here's the entire list of the 23 highest-rated players in FIFA 23.

Ronaldo has the second highest rating in the game and is one of five players rated 90 out of 99. Casemiro was ranked one of 10 players rated 89 overall.

FIFA 23 will be released worldwide on Friday, September 30, 2022. FIFA 23 is the final instalment in EA Sports' FIFA franchise, with the 30-year partnership between EA and FIFA coming to an end earlier this year.

FIFA 23 is developed by EA Vancouver and EA Romania and will be available worldwide on PlayStation 5, Xbox Series X|S, PC, Stadia, PS4, and Xbox One on September 30. Early access for FIFA 23 Ultimate Edition begins on September 27, 2022.

Do you think Cristiano Ronaldo deserved a downgrade in FIFA 23? Let us know in the comments below! 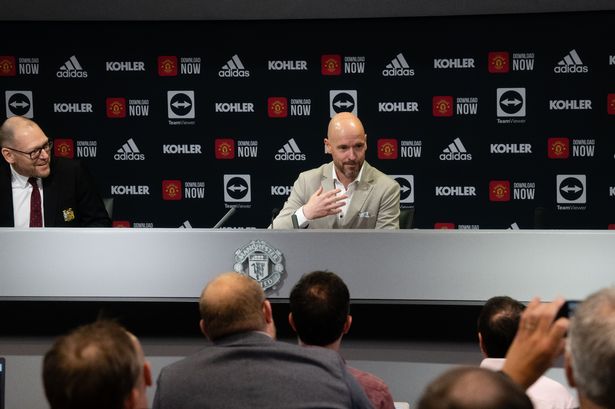