Sixteen months have passed since Kai Havertz settled the scores in Porto to hand City an agonising defeat in their closest pursuit for European honours to date. That came at a time when now former Chelsea figures Thomas Tuchel and Roman Abramovich had yet to meet in person owing to constraints from the Covid-19 pandemic.

So much has changed since then – not simply at Stamford Bridge – but Guardiola and his star-studded team remain in the crosshairs for would-be challengers. Alarmingly so for Liverpool, Chelsea and others, though, their main target has moved further into the faded distance.

City won the goalscoring lottery this summer when snapping up the irrepressible Erling Haaland from German side Borussia Dortmund and the Norwegian has blitzed all before him in the Premier League this season. Records already started to tumble by August and Haaland will, somehow, only get better.

Of course, he is not the only reason for Guardiola and City getting their latest title defence off to an unbeaten start. However, the added goals and menacing presence in attacking quarters is more about him being the final piece to a jigsaw which reflected a masterpiece even with one glaring hole post-Sergio Aguero.

City will never forget their talismanic Argentine, but he has now been replaced. Another huge question for those in the chasing pack to answer and Chelsea have made the first move by sacking Tuchel and replacing him with Graham Potter following his heroics on the south coast.

“Of course, the history of the club speaks for itself, but it's about trying to create that again in our own way. It's just nice to be able to take the next step and to be able to work with an exciting group of players we have here – and to compete at the top, you know, try to create a winning team.”

Humble, driven, innovative; Potter ticks all the boxes and it was inevitable that his big move would come. But there will be nothing more challenging than to usurp Guardiola at the Premier League summit.

Tuchel managed it on the biggest stage, albeit in a one-off game and one that was not without aide from Guardiola himself when it came to team selection. Ultimately, as Potter took his first steps around Cobham, there was multiple shiny reminders of the task and pressure ahead.

Liverpool and their surprising early-campaign struggles will, no doubt, concern Jurgen Klopp even if he has enough credit in the bank to preserve his status. Arsenal and Tottenham have improved, too, while Manchester United take encouraging steps forward in the early days under Erik ten Hag.

Withstanding allegiances, you might convincingly argue those three clubs are not ready to launch a genuine tilt for the title – although there is chance – and that quickly whittles it down to City as the odds-on favourites to see their name engraved on the trophy once again.

Guardiola will not see it like that and will continue to strive for perfection – and immortality when it comes to their Champions League hopes. In both senses, though, Chelsea can never be discounted. 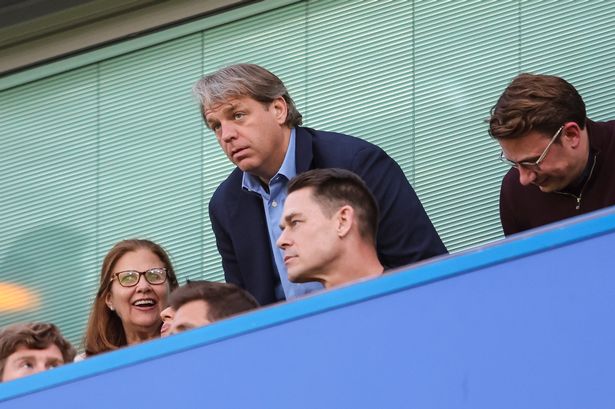