Wanderers boss Evatt has a highly competitive and almost fully fit squad to choose from now, with most of the club's injured players closing in on a first team return. The Whites boss will continue to have selection headaches with the resources at his disposal.

Evatt has rotated his side often this season in the early stages to take advantage of those resources and also cater to the different challenges posed by various teams in League One. The opportunity to use five substitutes has also helped Evatt give game time to players.

The Bolton boss believes players must remain switched on and ready to play when called upon, otherwise they will not feature. Though players may not be happy at not playing, which Evatt understands, he wants any unhappiness to remain in his office and not filter through into the dressing room.

Evatt does not envisage seeing any major problems and has not experienced any as of yet with the Wanderers squad. He has vowed to continue to respect them, as long as they respect their team-mates.

But if any players are not happy with the situation and the game time they are receiving, Evatt has said they will have a discussion when it comes to the January transfer window. Even if any might want to move on to pastures new eventually in the months that follow, he wants to see them continuing to perform in training and play properly for their own benefit.

He said: They have to because if they dont, they wont be in the team. As I have said before, I dont expect players to be happy when they are not in the team, it is impossible. But what I do expect is a level of professionalism.

It is the close-knit relationship, the band of brothers, that will make sure we have a successful season. Me, as manager, I can fall out with anybody. Thats the truth. It is the nature of management.

I want to get on with them all, I want them to understand and respect my decisions, and I think there will be respect there because I try to be straightforward with them and tell them the truth.

But I understand that players have the mindset that they should be in the team every week and I cant have an issue with that. It is just that the conversations and the frustrations need to stay in my office.

“Once you exit that environment and you are back on the training ground, the pitch or the stadium, you need to be positive and support your team-mates and train well. If you dont then we do have enough players to make sure you dont get any game time.

That isnt me being nasty and horrible, it is just the way it is. We are in the position where we have a strong group who I trust. There will be frustration but so long as it marries up with professionalism youll get no complaints from me.

I have had no major problems and I dont envisage having them. I think the players understand where we are at.

The messaging has been consistent all along. And you have to remember we are all fortunate to be employed by this brilliant football club, this is a blessing. This is a privilege.

And, do you know what, if it is not for you and you are not happy with this role then get yourself to the next transfer window and we will have a discussion. We dont want to keep anyone here against their will.

We want everyone to be invested and on board, ready to play and achieve something. That is what I want and that is what they want, and what I am hearing.

If ever that changes then knock on my door, we will shake hands, and we will move on, no issue. But this is a wonderful football club going on a great journey, so I dont for the life of me think anyone would not want to be a part of this.

Their value has increased, theyre in a better place and they have to remember that. Its going to do nobody any good, especially their own selves if they sulk and throw their toys out of the pram and all of a sudden theyre not training properly and theyre only going to harm themselves because these players, you either play to stay or you play to get away – thats football.

Youre playing to stay and be part of a squad and a journey or youre playing to impress other teams and other squads and that takes focus and dedication either way. The minute that slips, especially when youre four months away from a transfer window, things can deteriorate really quickly, so selfishly they need to look after themselves but they look after themselves by being professional, respecting the club, respecting their team mates and doing things correctly.

I have no issue with falling out with people, I know Im going to have to because its football, its decisions, its my opinion and I think the world of them all. Its not personal, its just business and what I think is right for the team and the club to get any given three points on any given Saturday and thatll be that. But I dont sense any of that from the players, I really dont. I think theyre fully invested, fully bought in and fully enjoying the journey that were on together. 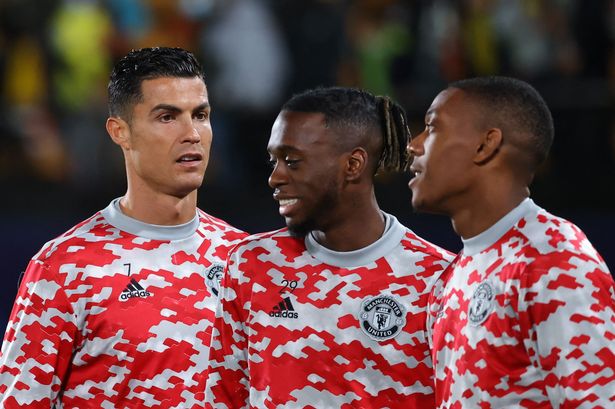