The Chelsea owner said he hopes the Premier League takes a little bit of a lesson from American sports by replicating the annual inter-league game played between the best players in the MLS and Mexican top-tier.

All-star games are also held in basketball, baseball and American football in the States, which takes the best talents from each conference and pits them against one another. Boehly signalled that it would create a great economical opportunity for the Premier League by replicating this internally in a North vs South face-off.

Why dont we do a tournament with the bottom four sports teams, why isnt there an All-Star game? he said at a conference in New York on Tuesday. People are talking about more money for the pyramid; in the MLB All-Star game this year we made $200m from a Monday and a Tuesday. So were thinking we could do a north versus south All-Star game for the Premier League, for whatever the pyramid needed quite easily.

Klopp mocked this suggestion a few hours later, alluding to the already packed schedule but also the absurdity of getting players from the likes of United and City to play with each other for a one-off game which isnt an international fixture.

He doesnt wait long (to make the suggestion), Klopp said. When he finds a date for that he can call me. In American sports these players have four-month breaks. Does he want to bring the Harlem Globetrotters as well? Maybe he can explain that. Im not sure people want to see that United players, Liverpool players, City players, Everton players all together. It is not the national team. Did he really say it?”

Klopp claims Man City are under bigger transition than Liverpool 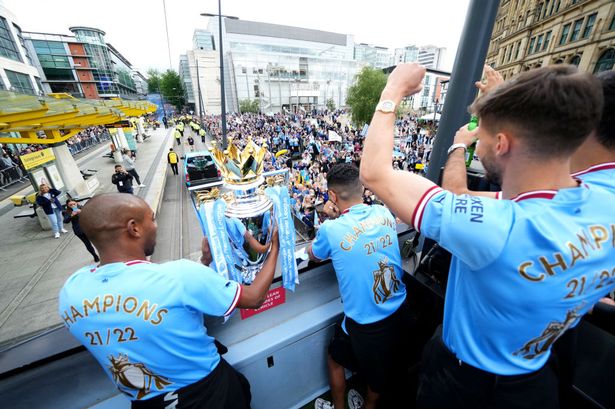