David de Gea, Tyrell Malacia, Diogo Dalot, Christian Eriksen and Antony all started after defeating Arsenal, while the players that came into the side were hardly short of pedigree. Casemiro and Cristiano Ronaldo have 10 Champions League titles between them.

United were almost at full strength and they had enough talent on the pitch to control the game – yet they did not. United looked lacklustre, pedestrian and devoid of creativity instead and that was exacerbated when Eriksen was replaced at half-time.

Real Sociedad were awarded a penalty in the second half and they converted from the spot to eventually win the game. That penalty should never have been given but that should not excuse the performance from Ten Hag's side.

Although it would have been a goalless draw had that penalty not been given, that would have still represented an uninspiring result considering the players United had on the pitch. The performance was equally confusing and poor.

After taking 12 points from Liverpool, Southampton, Leicester and Arsenal, the regression against Sociedad came as a surprise. Ten Hag was unable to address the performance as there was no post-match coverage as a mark of respect for the Queen, which might've been an explanation in itself.

Ten Hag will be asked about the performance on Wednesday when he speaks at his pre-match press conference. United take on FC Sheriff in the Europa League again on Thursday night and they must take the three points home from Moldova.

United have another game against Real Sociedad and two games each against Sheriff and Neil Lennon's Omonia remaining in the Europa League group stage, which means winning the group is expected, but it's not something Ten Hag will take for granted.

Real Sociedad have already claimed United's scalp and that will give them confidence for the reverse fixture at the Anoeta Stadium in Spain. United's matches against Omonia should be a formality, but it would be dangerous to underestimate Sheriff.

Sheriff have won the Moldovan first division for seven consecutive seasons and they finally made their debut in the Champions League last year, however, they were drawn into an intimidating group with Real Madrid, Inter Milan and Shakhtar Donetsk.

They were expected to finish bottom of that Champions League group but they exceeded expectations in remarkable fashion. Although Sheriff finished third in the group, they beat Real Madrid at the Bernabu and Shakhtar Donetsk on home soil.

It was the first time that the redeveloped Bernabeu had hosted Champions League football in 580 days and Sheriff spoiled Madrid's homecoming. It was one of the biggest upsets in Champions League history and it proved they should not be underestimated.

United play Sheriff away on Thursday night and Ten Hag's players should have the experience to handle the atmosphere. The Sheriff Sports Complex has a capacity of just under 13,000, but it would be inadvisable not to respect the Moldovan champions.

Sheriff demonstrated they were capable in the Champions League last season and they will be hungry for another giant-killing when they welcome United. They will play without pressure, while United need a result after a defeat to Sociedad.

United must win the group to avoid another two matches in an already hectic fixture schedule this season. The top teams from each of the Europa League's eight groups will directly enter the Round of 16, but the runners-up have to play another two fixtures.

The runners-up from each group will play against a third-place finisher from a Champions League group in the knockout round playoffs and that's what United must avoid. They need to beat Sheriff on Thursday otherwise the group dynamic will change.

United's players could be shocked on Thursday if they expect Sheriff to be pushovers. Ten Hag has multiple stars in his dressing room, some of who have won countless major honours, but the preparation for Thursday needs to be as it would for any other game. 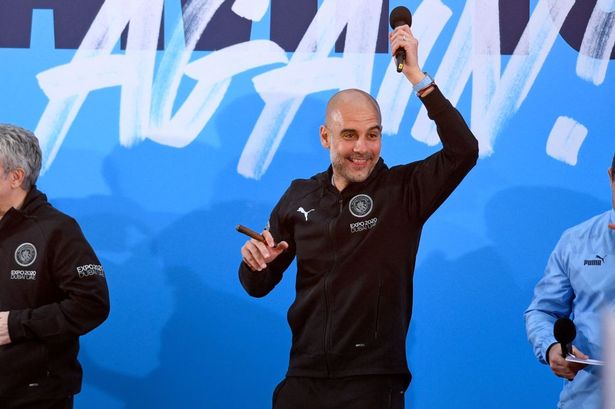