Accompanied by his parents, the then-Birmingham City midfielder held talks with United's transfer gurus and former manager Sir Alex Ferguson to gauge an understanding of the club, as they plotted a move for his signature that forthcoming summer. At the time, the hype around Bellingham was already beginning to take off, following a string of eye-catching performances in the Championship.

Despite the outbreak of the coronavirus pandemic just a few weeks later, forcing the UK and much of Europe into lockdown and causing the 2019/20 campaign to be paused, Bellingham remained a hot topic. Interest in his signature was developing at a rapid pace from across Europe.

In the end, it was Borussia Dortmund that won the race for his signature, landing him in June 2020 for an initial fee of 25million. Birmingham reacted to his departure by making the decision to retire his No.22 shirt. It was a move that put the club under a microscope, resulting in widespread ridicule.

He had made just 44 senior appearances and the decision seemed laughable. Fast forward the clock more than two years and nobody is laughing now, such is the speed at which Bellingham has developed.

Despite only turning 19 this summer, Bellingham is now widely considered as one of the most exciting players in the world and is idolised by millions. His overall game has gone from strength-to-strength at Dortmund, and he is in with a very good chance of playing a key role for England at the World Cup later this year.

Joining Dortmund at just 16, the overall opinion was that Bellingham would get the odd appearance here and there. However, the German giants made the decision to throw him straight in at the deep end, highlighted by his tally of 46 appearances in all competitions during his maiden season at the Westfalenstadion.

That has proven to be just the start for the England midfielder, who continues to be linked with the prospect of a move to Old Trafford next summer. He made 44 appearances last season, registering an impressive 20 direct goal contributions, featuring six goals and 14 assists.

His game evolved last season and he started to get into more advanced areas of the pitch. He is now considered as a modern-day box-to-box midfielder, equally capable of helping out with the defensive side of the game and pushing up and trying to support the attackers.

In some ways, Bellingham is conducting a similar role to that of Christian Eriksen at United. Erik ten Hag added the Danish international to his squad during the summer, it seemed, to challenge Bruno Fernandes for the advanced-midfield berth.

But Eriksen has quickly been transformed into a free-roaming No.8, who will attack from a deeper position, often acting as the link-man between the defensive-midfielder and attacking-midfielder. He is the 'shuttle' that provides the pass for the attacking-midfielders who then assist the forwards.

While there is no doubting Eriksen's capabilities highlighted by the outstanding start he has made to his United career Bellingham is 11 years the former Brentford man's junior. United remain interested in the England midfielder and it is easy to understand why.

Already, Bellingham is showing that he could be a long-term successor for Eriksen, fulfilling a similar duty, whereby he gets on the ball from deep and tries to make things happen. His passing range and ability to unlock an opposition defence are second to none, as his technical ability and bravery on the ball.

Also similarly to Eriksen, Bellingham tends to operate on the left side of the centre of midfield. There are several characteristics shared by both of them.

United know if they are to try and sign Bellingham for a second time then they will have to loosen the purse strings on their transfer kitty. But he would be a long-term investment for the club.

He is an highly exciting prospect and there is almost a belief that the midfielder, one day, will end up at Old Trafford. It feels as though it's written in the stars. 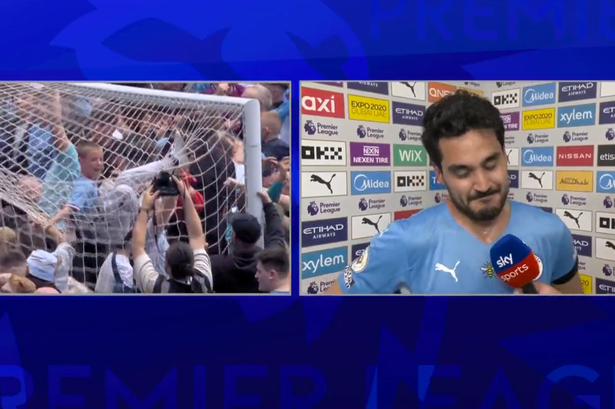