Schooled at the famed Southampton academy, Shaw was technically well-versed on what life at United might be like and yet – eight years on from that high-profile arrival – has been presented with more set-backs and challenges than would have been anticipated from, then, a teenage player with the world at his feet.

Serious injuries along the way have not helped and then, with Mourinho at the helm, Shaw was subject to what is, depending on your stance, some 'questionable' treatment. It seemed for a while that he might not live up to his full potential and then Euro 2020 rolled around.

At that stage, Shaw was in tip-top form at United and had that smile back on his face with Ole Gunnar Solskjaer in charge, so much so that he so nearly inspired England to immortality beneath the famous Wembley arch. As things turned out, though, more heartache set in for the national team.

However, the moment conjured up by Shaw against Italy – before England were painfully beaten on penalties – was not lost on Mourinho. His comments were quite surprising at the time, but also offered rationale for his dealing with Shaw and how Ten Hag might be best served to treat the 27-year-old moving forward.

Speaking about the player on talkSPORT, as the dust settled last July, Mourinho said: “People think I don't like Luke Shaw. I have to say, [he had an] amazing tournament and a fantastic final. No defensive mistakes, very solid. On top of that, he improved and improved and improved.

“He scored a goal that doesn't mean much now but for him, for his career, for the way he grew up, very good. Very good Luke Shaw. I always tried to find what I considered to be the weakness of the player,” he added: “Sometimes I'm successful, other times I'm not. Other times, I can create empathy with the player and get the best out of them.”

Empathy might not be the modus operandi when things are not going to plan for a club that expects and demands so much and, more importantly, a phrase that does not go hand-in-hand with Mourinho. However, there are several times when the charismatic Portuguese has had to show a softer side.

That stance was not reserved for Shaw and well it might have been, as Mourinho later admitted himself. It's easy to forget in this billion-pound industry, the players suffer in their day-to-day and professional lives as much as anybody walking the streets in relative terms and that, also, has to be taken into account.

Of course, mood has been improved by four straight Premier League wins, but the general feeling from Carrington and beyond is positive so far this season and Shaw must be channelled into that to give Ten Hag what he wants. As mentioned above, the player in question has suffered more setbacks than most.

Similarly to heroic England stars who went so close to immortality last summer, Shaw went through what can only be described as a footballing hangover last season. United can understand that more than most with Harry Maguire, Marcus Rashford and Jadon Sancho in the ranks following his big-money move from Borussia Dortmund.

However, this is a new campaign entirely with Rashford and Sancho in particular showing some promising signs as they hope to earn back their England spot and a flight to Qatar this winter. Shaw has, like those United teammates, no greater incentive, and the club have done their best to get his competitive juices flowing, once again.

As part of an ongoing rebuild, Tyrell Malacia was sworn in from PSV and has already, seemingly, leapfrogged Shaw with swashbuckling performances at left-back. Malacia shows no sign of slowing down, but his presence – coupled with some advice from Mourinho – gives United scope to learn from past mistakes. Ultimately, though, that is down to Shaw first and foremost to (re)show his mettle before an impending Qatar deadline. 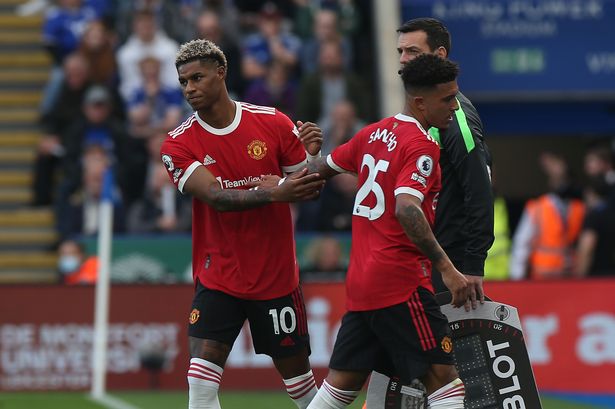