Chelsea owner Todd Boehly has only just arrived in English football, but already he is looking at ways to transform it, and has floated the idea of a Premier League all-star game pitting the best against each other.

One idea is for the northern sides to unite and compete against the best players from the southern sides, a prospect that could well see United, City and Liverpool players take to the field together as teammates.

It goes without saying that this suggestion hasn't gone down well with many fans from the northwest of England. He doesnt wait long (to make the suggestion), Klopp said when quizzed on the proposals. When he finds a date for that he can call me. In American sports these players have four-month breaks. Does he want to bring the Harlem Globetrotters as well? Maybe he can explain that.

Im not sure people want to see that United players, Liverpool players, City players, Everton players all together. It is not the national team. Did he really say it?

Klopp makes an important point about the fixture schedule, an issue even more pressing in a compact season that will now see both his side and United squeeze in another two postponed Premier League matches at some point.

Football players might seem like superhuman totems, but at the end of the day, they are just regular humans, with the same recovery needs both mentally and physically as those who idolise them.

Adding another match at the end of a season means that not only will the superstars enter the occasion running on empty, but the actual product will likely be poor anyway, given that it will be an afterthought for players most likely involved in pivotal cup and league matches right until the very end of a campaign.

Another argument against such a match once again boils down to quality. Not only do these work well in the US due to the shorter seasons, but the high-scoring nature of their sports ensures that there will at least be some guarantee of entertainment.

The free-flowing scoring systems also mean that players are more inclined to take risks and showcase their best skills given that one mistake is unlikely to affect the outcome of the match, though in football, one goal can so often determine the score line, limiting the creativity and freedom of the players.

Anyone who has ever witnessed an undercooked pre-season friendly will be well aware of how dull and boring a match can be when players can't be bothered and don't have a burning desire to win.

That isn't a criticism of them either. But having just gone nose-to-nose with their most fierce rivals all season, why on earth would any United or City player then put their full effort into trying to win an exhibition match when there is no meaningful incentive to do so?

Even if both teams were to approach the game with full commitment, there is no guarantee it would actually be a good watch either. City's matches with Liverpool are often an exception, but quite often two top sides can cancel one another out and create a cagey match with few opportunities.

Sure, this is a risk attached to any match, but in recent years, there have been very few end-to-end finals and as an advertisement for the sport, it might be counter-productive if a team of all-stars is unable to entertain.

Boehly is right that football should always look at ways in which it can improve, but if he wants a better product then he should use his position of authority to push for changes that fans actually want to see.

Rather than pursue his own desire for a meaningless match of glitz and glamour, he should give back to the supporters by leading debate for a fairer distribution of wealth amongst clubs, more consideration for matchgoers, and a campaign to make ticket prices more accessible.

The new Chelsea owner is in a position where he can push for change, but it needs to be the right one.

Klopp claims Man City are under bigger transition than Liverpool 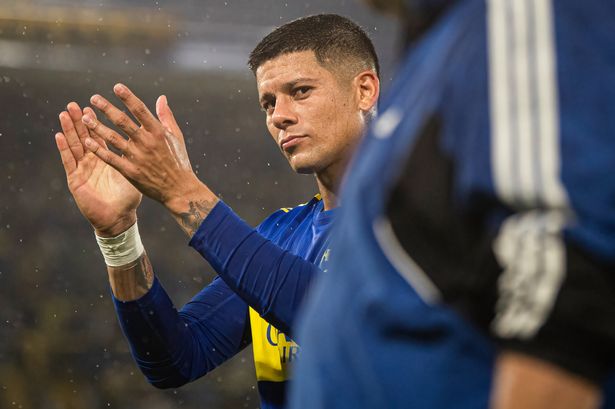